Combining innovation development and robustness design validation in a single space vehicle system is a hard task. Therefore, at QOSMOSYS, we have adopted an agile format of organization whereas innovations are isolated into a detailed work-packages but the experts in charge have a voice into the spacecraft design at the system level to make sure all performances will be met. This approach has proven to be effective for QOSMOSYS and has made us capable of entertaining a myriad of small innovations proven to be reliable onboard our Zeus space platform currently under construction.

Arnaud joined Qosmosys to develop one of these innovations implemented onboard Zeus. Francois, our CEO, was immediately convinced he could be instrumental in the development of our space products. Let’s dive into what’s behind Arnaud’s singular mind.

Arnaud, why did you join QOSMOSYS?

My long-standing passion for Aerospace – tracing back to my youth when I regularly visited the national air and space museum of Le Bourget with my father, was fulfilled during an internship at Airbus Toulouse when I was 15 years old. I had the chance to observe the work of the engineers in charge of the flight operation safety and the crew training development. The level of commitment and eagerness at which they tackled comprehensive tasks encouraged me to follow their footsteps in the aerospace industry. I aspire in the future to become an innovator in the field and discover creative solutions to enhance the capabilities of humans on earth and beyond. As an aerospace engineer, I am eager to undertake groundbreaking research to address a variety of challenges and this is why I joined QOSMOSYS.

Can you describe how you turned Zeus into a high-performing attitude control spacecraft?

The QOSMOSYS team had the original idea to develop the Active Magnetics Attitude Control System (AMACS) for its first generation of Zeus platform.  AMACS’ purpose is to use the earth magnetic field to determine the attitude of the satellite with respect to earth inertial reference frame. I have decided to design this AMACS using an Extended Kalman Filter, hence giving some exceptional stability performance to the spacecraft stable, combined with a full control of its attitude, offering us a full control on its lifespan in orbit.

What is a Kalman Filter and how does it work?

Basically, it’s a complex task to determine a spacecraft attitude, meaning its orientation in space relative to Earth as the attitude is not something that we can directly measure with a sensor (like the local magnetic field with a Magnetometer, the angular velocity with a gyroscope or the acceleration with an accelerometer), it is something that we have to reconstruct from a series of incomplete or noisy measurement. Thanks to linear algebra developed by Rudolf Kalman, it is something we can achieve with relative ease whilst boosting the complexity and the performance of the attitude and control system.

In our case, the Zeus spacecraft are equipped with a high precision magnetometer mounted onboard its OBC (On-Board Computer). We estimated that for future mission requirements using only a magnetometer as the sole input for the Kalman filter would provide us with sufficient pointing precision thus removing the need to install solar sensors. Right now, our predictions yield a precision of the order of a couple of degrees.

What will you be using to orientate the spacecraft?

We simply use the Earth’s magnetic field which constitute an amazing gift to life as it protects us against violent and harmful radiations from the Sun. When a magnetic dipole, like one created naturally by a magnet or by a current running through a coil, is plunged into a magnetic field a moment is applied on this magnet which has the effect of aligning the magnetic moment to the magnetic field. This is the physic principle that we will be using to orientate the spacecraft in space. With the 3 magnetorquers on Zeus, each aligned with the principal axes of the spacecraft, we can stabilize and point the spacecraft wherever we want. Our Kalman Filter and optimized code developed in the background constitute the other cornerstone of our AMACS that provide interesting performances to the Zeus spacecraft.

What kind of algorithms did you developed?

Basically, satellite lifespan can be broken down into two parts, the first part takes place right after being jettisoned by the Vigoride (Momentus’ high-precision injection vehicle) into space where it may be subjected to some initial spin due to imperfect mechanical pod ejection. This momentum created needs to be dumped before any work can be done on the satellite. Assuming an initial total angular velocity of up to 10 degrees per second, we have developed a proprietary, more robust version of the B-dot algorithm that detumble our Zeus spacecraft in approximately one orbit, hence about ninety minutes.

The second part comes after stabilization has achieved, the goal is to point the satellite in the direction that minimizes the atmospheric drag. We combine positioning data received both by our onboard GPS and our UHF antennae that feed our Kalman Filter to perform well before using an optimal control algorithm to point the spacecraft in the desired direction.

With this level of innovation along with QOSMOSYS’ standard quality rules implemented, we believe we can offer satisfactory performances to companies or individuals who want to get an access to space in a secured way and for lifetime missions greater than eight years. 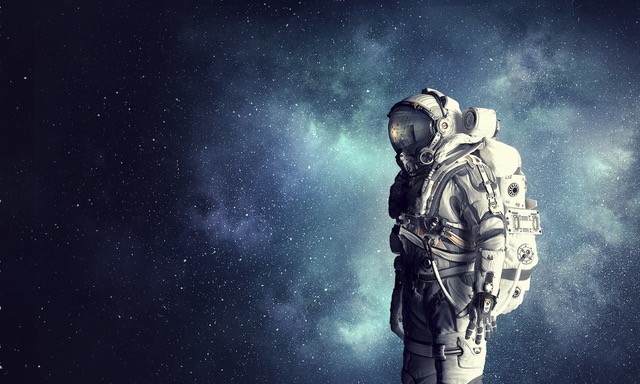